This was originally going to be a report for Thursday, October 18. But my trip got cut short just as I was getting onto the beach. So I came back the next day. And what a difference a day can make!
There was no major weather system that moved through overnight Thursday. No massive winds. The tides were similar overnight as they had been Wednesday night. Yet this happened!

So, Friday, October 19th. 8:45AM. Thick clouds, large flocks of migratory birds going past. And a lot of seaweed. Sadly, where there's seaweed, there's plastic. Thursday's sunny skies, birdsong, and images of: 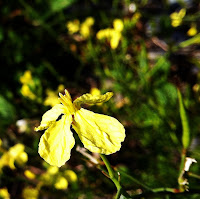 The waves overnight Thursday night brought both a huge dump and big scour event. In addition to all the seaweed up high, much sand had been pulled back down low again. The 200-lb mass of knotted rope and trap bits that had been buried on the high foreshore all summer was peeking out again.

Kicking through the seaweed (and hundreds of sand fleas still clinging to their warmth) was depressing. You always hope that maybe things aren't really as bad in the oceans as you think. Then you realize that yes, yes they are. Here's what I found:
325 finds:
A little comparison. More than a year and a half ago now, in March 2011, Hooksett, New Hampshire's sewage treatment facility had a major accident. They flushed into the river 4 million "sewage disks" -- little plastic mesh disks meant to be suspended in the tanks and give bacteria extra habitat for growing and breaking down sewage. About 400,000 remain unaccounted for. They'll be washing up for decades. This one came into Curtis Cove on the 19th: 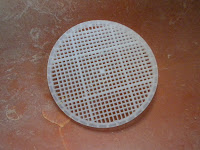 After all that time in the harsh sea, it looks as good as new. Unstained, flexible, perfect. So how long do you think it's taken for this bottlecap/twist-cap to look like this? 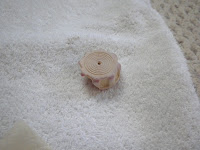 Plastic is forever. And while it's all out there in the ocean being forever, it's also getting poked, chewed, and consumed. 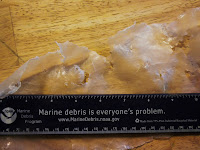 All due respect to NOAA, the problem isn't "marine debris." It's plastic pollution. And it will only keep getting worse as long as we keep dancing around it. 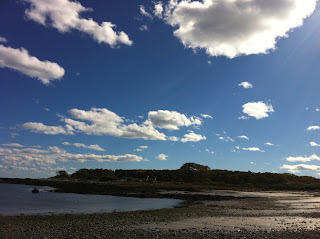 This was another beautiful day. The Little River marsh behind the cove was awash in rust & ochre:

On the beach, the power of the ocean had pulled down a lot of older sand, revealing once-buried rope chunks. It also carved out nice cliffs amid the high sands and wrack:

Meanwhile, down at the muddy lip where the low-tide ripples lapped the shore, otherworldly tubeworm "condos" stood proudly: 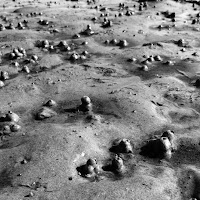 In the end, this was a very "unsorted" day. Masses of cobbles and pebbles came up high. Masses of sand, mud, and wrack slumped down. The ocean rearranged its coastal furniture quite a bit. So what would that mean for the collection?

87 finds:
In the end, not a huge haul. With much of the lighter sand and wrack pulled back downshore, probably the light & bouncy plastics went back to the sea. What was left behind was mostly larger and bulkier than usual. Sizable chunks of rusty trap, bigger scraps of broken plastics, heavy seaglass -- even the vinyl trap scraps tended to be larger than usual.

More sobering, look closer.
The synthetic (read: plastic) fiber swatch on the left has been chewed and bored by various denizens of the deep. The hard piece of styrene on the right has been poked by many teeth/beaks, and ripped & torn by others.

Plastic seas feeding plasticized fish. This isn't science fiction. It's not some dystopian future. It's now. In the beautiful state of Maine.

Saturday, October 6. 10:15AM. A bright morning inland, misty with a seabreeze at low-tide. Temps in the low 60s. A little overnight drizzle--most obvious at the high-tide line.
There was good sorting of wrack & debris. And enough energy in a couple tides to push up and over the foreshore "barrier" onto the high ground beyond. Overall? Just a beautiful day to be at a breezy, deserted beach. A day of snail shell graveyards...

Beautiful balls of quartz...
Violet rivulets running through wrack-stained sand...
And one of the few pieces of local litter I've found here in the past 10 months...
Amid the wrack there was definitely an uptick in what washed in. I found...
132 finds:
The numbers were definitely up. And it was all the usual. Including the fact that about 3/4 of it was lobster-fishing debris. No surprise. In the Gulf of Maine as many as one million lost, derelict traps are rotting on the seabed right now. Our legacy to our grandkids.

The mists actually picked up throughout my collection. A lot of moisture pulled in from the sea was gathering into clouds inland, and the drive home was a gray and ominous one. Neat to have been there to see it happen.

This was a day of dragonflies, white butterflies, honeybees. Color. The last bits of life and warmth before the end. Even the rockpools teemed with vibrance & life!
The past week saw some seriously windy days inland. But the waves here at the beach hadn't crested very high. And a lot of blow-down spoke of winds howling offshore, not on. The same blow-down also revealed at least a couple once-buried goodies.
The sorting was better this week than last. But there were still jumbles of rock massed here and there -- including an impressive rock wall built up at the back of the southern foreshore.
So, what did all that vibrancy & energy mean for debris? Well, this is one clue:
It was going to be a bigger day than last week. Here's what I ended up with:

126 finds:
2 1/2 times the amount of debris this week compared to the previous. And this week was also interesting both for how large many of the scraps were, and for how lightweight.
Curtis Cove is actually notable for how much debris comes in from the seafloor. So to have this much floatable this week? Something strange in the winds & waves, for sure. 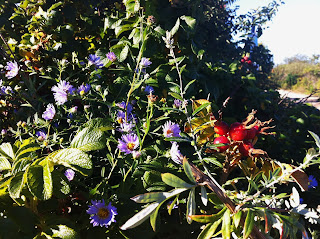 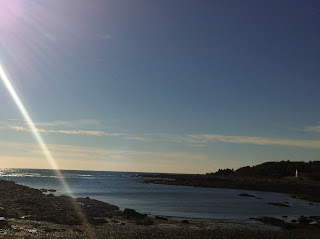 Over the previous few days big storms and huge winds had come through. The sand "cliffs" high on the foreshore were knocked and dragged back over. Fresh wrack ripped from the cove's basin lay scattered and smeared up and down the beach.
Yet it was a surprisingly light day for debris. The lightest so far this year. The energy that brought new wrack onto the beach also spent much time dragging that wrack (and its plastics) back down the foreshore.
The high tides weren't high enough to dump any debris on the flat backshore. Instead, it came to rest on the sloping foreshore, where most was pulled out to sea again by the offshore winds and receding tide.

The finds:
50 finds:
All the usual culprits. Just less of them this week. Which left me more time to look at the beautiful.
What's more beautiful than life? Tenacious, wonderful life. 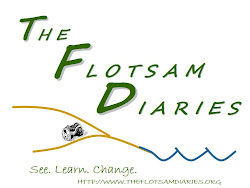 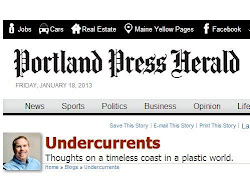